4 Upcoming Games You Should Back on Kickstarter! 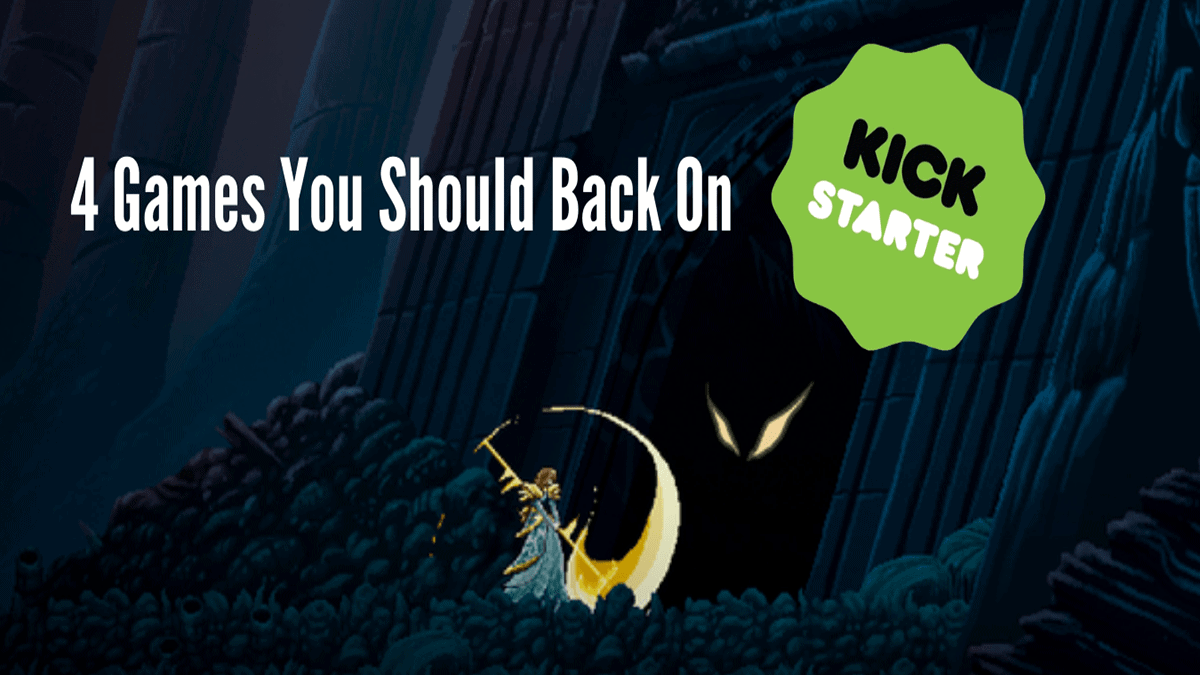 One of my favorite games of 2019 was Bloodstained: Ritual of the Night. Bloodstained is a 2.5-D Metroidvania that bears more than a passing resemblance to Castlevania: Symphony of the Night. If you’re thinking to yourself: “Wow, what a coincidence that two incredibly similarly playing games would have such similarly sounding titles” then all I can say is “there are no coincidences! Wake up. You’re living in a dream world!” What I mean is: Ritual of the Night being similar to Symphony of the Night is not a coincidence and it all has to do with Kickstarter! Let me explain how…

Koji “Iga” Igarashi, longtime producer of the Castlevania series, left Konami after he was at odds with the direction they were headed, specifically their refusal to stop pissing on their storied franchises other than producing pachinko machines. In 2015, Igarashi launched a crowdfunding campaign for a spiritual successor to the beloved Castlevania series via Kickstarter. Iga was inspired by the incredible success of another Kickstarter campaign, Mighty No. 9, which reached its base goal within only two days.

Iga wanted to use the crowdfunding platform to revive his own dormant franchise via a new, albeit familiar game with the same blood coursing through its veins: Bloodstained: Ritual of the Night. Bloodstained reached its base goal within 4 hours of the campaign going live and is one of the highest funded games in the history of Kickstarter. Iga’s new baby proved that fans will pay for the games they want, even with no guarantee that the finished product will be any good or that the game will ever see the light of day. Crowdfunding has become a fantastic means for creators to get the funding to make the games that gamers want to play and that creators want to make. The means is simple, but effective: if you build it, they will pay.

If you’ve been a gamer over the last five years, more than likely you’ve played a game that was made possible by a crowdfunding campaign whether you backed the game directly or not. Campaigns for new games are coming all the time with some fantastic concepts and ideas that, while they all seem triple-A worthy, wouldn’t otherwise get the love from the big studios out there without the help of crowdfunding. Some brilliant mind at Microsoft thought “nobody wants another Banjo Kazooie game, that’s for sure” which was totally true except for when Yooka-Laylee made literally all the money faster than any other game at Kickstarter, ever. No big whup.

So, why are you hesitating? Go support some games on Kickstarter, or Indiegogo, you coward! Sure, buying any game is already a gamble as to its overall quality and replay-ability; for some, backing a crowdfunding campaign may seem like doubling down on that bet. But with digital distribution being a primary source of release for many of the crowdfunded games, gamers can usually back one or two games a year for less than what it would cost to buy a new game. So, let me tell you how to spend your money by showing you four games I’m backing on Kickstarter and why you should back them, too!

Here Are 4 Upcoming Games You Should Back on Kickstarter

(Disclaimer: I backed each of these games out of my own pocket and we do not endorse or guarantee that these campaigns will yield the results intended)

Concept: A solo and co-op survival horror game that throws players into a desperate battle for survival against deadly AI dinosaurs

Why back this game: Deathground sounds like an amalgamation of so many amazing things rolled into one dynomite package; You got dinosaurs, you got survival horror, you got co-op, you got FPS… what more could you want? You want some Alien Isolation in there, too? Why not! Deathground is like you got Alien: Isolation, swapped the Alien theme for some Jurassic Park, and sprinkled in some 3-way cooperative play with friends and wham! Instant gamer wet dream! I mean, it’s probably wet from the dino venom of a Dilophosaurus, but, we all gotta go sometime, right? Deathground’s Kickstarter campaign page also lists dynamic dinosaur AI as one of their major selling points stating that their dinosaurs will “hunt you down, influence decision-making and drive a tailored experience.” As long as there is a toilet I can hide in while I piss myself and get eaten by a T-Rex, I’m in!

Concept: 16-bit Metroidvania where you explore an abandoned orphanage “submerged in dark secrets.”

Why back this game: You can easily call me a sucker for a good Metroidvania and this one looks to provide a unique spin on the concept. In Nine Years of Shadows, the main character, Europa, is “battle hardened maiden who carries the fate of the world on her shoulders” exploring an abandoned orphanage looking to stop a terrible curse. Described as a “heartfelt Metroidvania,” as if Samus rescuing the last Metroid isn’t heartfelt or something, Nine Years of Shadows puts a ton of emphasis on its art style citing the overall look and feel as one of the biggest selling points along with the ability for Europa to “Transform into different elemental armors that will allow you to experience the game’s design in surprising ways.” With so many Metroidvanias saturating the market, it’ll be interesting to see something a little more ‘heartfelt’ coming through the genre.

Minimum to back for copy of the game: £22

Why back this game: Another Metroidvania on this list and… yeah, it’s a popular genre right now, especially in the indie scene. Unlike Nine Years of Shadows, The Last Faith seems to be taking a far closer cue from it’s great, great grandfather, Symphony of the Night and that’s not a bad thing. The Last Faith promises to bring “satisfying reactive action combat system, a high number of different weapons, use of the special buffs to power up your weapons, a variety of magic spells to support your combats, a giant world with terrific environments, and a highly detailed pixel art style.” That’s a really cool and detailed way of saying “this game is gonna be sick!” The biggest thing for me is how great this game looks. The art style and character animations look absolutely gorgeous and if you don’t believe me, I encourage you to watch the trailer to see it in action!

Why back this game: You’re likely going to be excited about Sea of Stars for one of two reasons: you’re a fan of fantastic 16-bit era RPGs like Mario RPG, Chrono Trigger, Earthbound, and Final Fantasy 6, or you played The Messenger. While The Messenger is a Metroidvania, like half of the games on this list, Sea of Stars is listed as a “prequel story set in The Messenger’s universe,” but the genre is shifting to a turn based RPG. Fans of The Messenger (like myself) and its unique style and brand of humor will undoubtedly be excited to see Sabotage take a stab at bringing their modern-retro style to a different genre. The early trailers and screenshots for SOS show off an absolutely gorgeous look and feel that will have 16-bit RPG fans salivating. And if the visuals alone don’t do it for you, the music from Yasunori Mitsuda, the man responsible for the music in Chrono Trigger, Xenogears and Chrono Cross, will certainly pique your interest. While the furthest away of these 4 games, this may be the one I’m most excited for.

So, what games have you backed on Kickstarter? Have you ever contributed to a crowdfunding game before? Have you played games after they launched that you wish that you had backed? Leave your examples in the comments below! 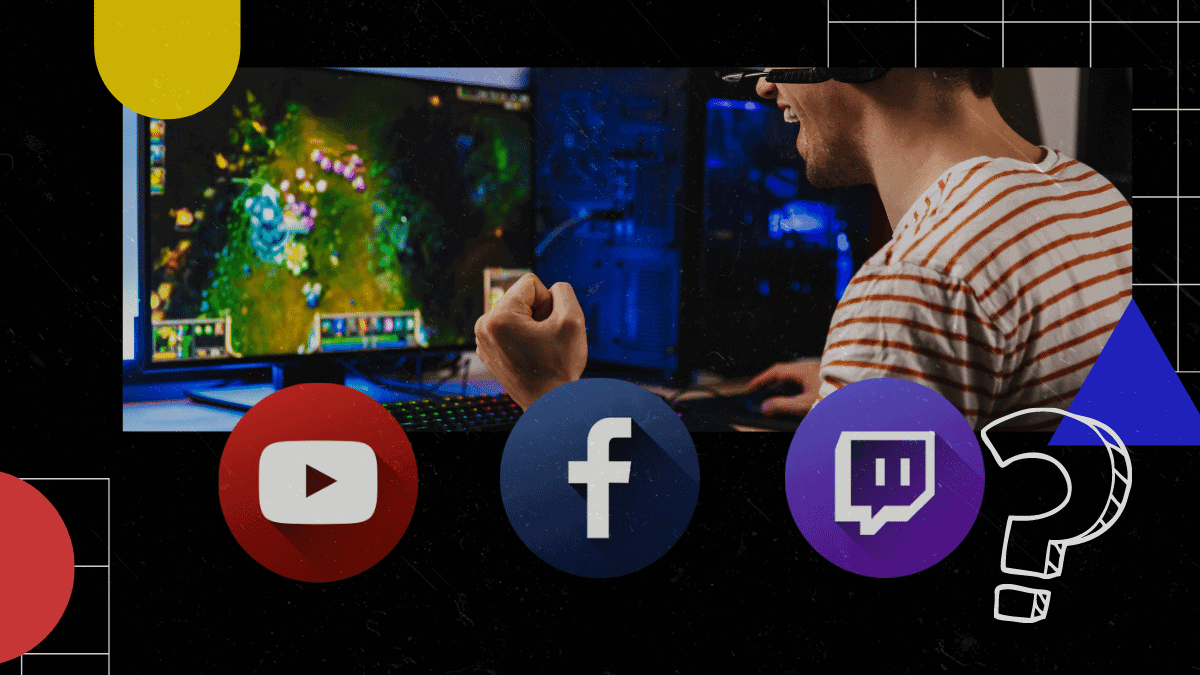 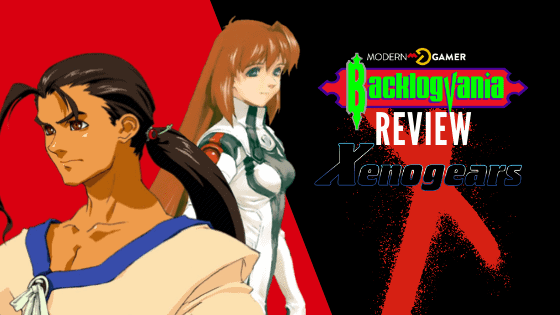 August 30, 2020
PrevPreviousPost Mortem Review – The Last of Us Part II
NextIs VR Gaming the Future and Should You Invest Now?Next

Please log in again. The login page will open in a new tab. After logging in you can close it and return to this page.

We use cookies on our website to give you the most relevant experience by remembering your preferences during repeat visits. By clicking “Accept”, you consent to the use of ALL the cookies.
Cookie settingsACCEPT

This website uses cookies to improve your experience while you navigate through the website. Out of these, the cookies that are categorized as necessary are stored on your browser as they are essential for the working of basic functionalities of the website. We also use third-party cookies that help us analyze and understand how you use this website. These cookies will be stored in your browser only with your consent. You also have the option to opt-out of these cookies. But opting out of some of these cookies may affect your browsing experience.
Necessary Always Enabled

Any cookies that may not be particularly necessary for the website to function and is used specifically to collect user personal data via analytics, ads, other embedded contents are termed as non-necessary cookies. It is mandatory to procure user consent prior to running these cookies on your website.