Indie Games That You Probably Overlooked 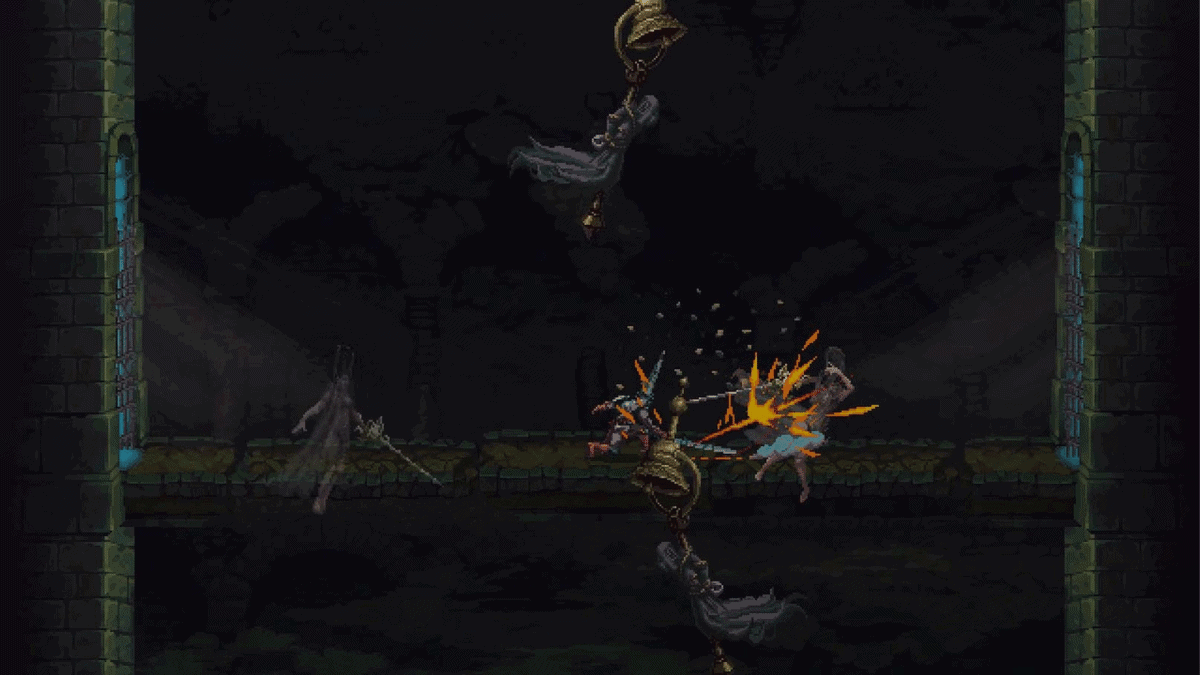 There are a lot of gamers out there that just play the most popular AAA titles. However, some of the best video games are developed by indie studios that you likely wouldn’t recognize. With platforms like the Nintendo Switch and Steam offering a massive library of indie games to choose from, there has been a ton of amazing indie games that have missed the limelight. Let’s take a look at a few fantastic indie games that you probably overlooked below.

Crosscode is one of the most interesting retro-inspired action RPGs in recent memory. This game has a 16-bit aesthetic and takes inspiration from classic JRPGs and Zelda games. It takes place in a very intriguing sci-fi world where you’re essentially playing an MMO that combines virtual reality with actual physical environments. The story is very charming, and so is the main protagonist of the game, Lea.

Many people slept on Crosscode, but it gained a niche following on Steam. The game is rated highly on that platform and has finally come to video game consoles in 2020. You can now play Crosscode on both PS4 and the Nintendo Switch if you’re so inclined. It’s a great experience that will appeal to players of classic RPGs and new fans alike.

The Messenger is a title that made a huge impression on the people who played it. This game was released in 2018 on Steam and then came to video game consoles the next year. It’s a game where you play as a ninja who’s task is delivering an important message to a mountaintop for the sake of the remnants of humanity. Saying much more about the story would spoil things quite a bit, and this is one that you need to experience for yourself.

It certainly takes inspiration from classic games such as Ninja Gaiden, but there are also Metroidvania elements that give this title a unique flavor. The graphics are truly a joy to look at, and the soundtrack is catchy in all the right ways. You’ll have a fantastic time playing this one, whether you choose to play on Steam, PS4, Nintendo Switch, or Xbox One.

Blasphemous is a game that you can just get sucked into for hours whether you’re playing on PC, PS4, Nintendo Switch, or Xbox One. It’s a difficult 2D action-platformer that will push your limits in certain sections. Blasphemous is another game that falls under the Metroidvania category, and it’s well worth playing for anyone who likes to explore in 2D games. One big thing that sets this title apart from other games in the genre is the overall visual style.

This is a beautiful game that has some truly great character animation work, but it’s also gruesome. If you have missed 2D games with a bit of gore, then this will be up your alley. Play this fantastic indie title if you think you’re up for the challenge. Reaching 100% completion in this game might be a bit tough, but it’s well worth the effort.

When you look at Timespinner, it’s going to be easy to see that it was inspired by Castlevania: Symphony of the Night. It might not reach the same heights as that all-time classic title, but it does come close to it in many ways. The gameplay of this title is pure fun, and you’re going to have a great time exploring this world to find all of its secrets. It even has a more gripping narrative than many other similar games in the genre.

Just about any fan of 2D action games will enjoy Timespinner. It has great exploration gameplay with some fun puzzles for you to suss out. The gorgeous 2D sprites are animated very well, and the environments are very impressive for an indie title, too. This is an amazing little hidden gem that is now available on PC, Nintendo Switch, PS4, and Xbox One.

Streets of Rage 4 is a game that many thought would never exist. It has been decades since Streets of Rage 3 released on the Sega Genesis/Sega Mega Drive, but it finally has the sequel that it deserves. This qualifies as an indie title because Sega didn’t make the game and only allowed DotEmu, Lizardcube, and Guard Crush Games to use the license. It has become a hit, and players are in love with the tight gameplay and thumping soundtrack.

If you love old school beat ’em up games, then you need to play Streets of Rage 4. This is probably the best game in the genre that doesn’t feature RPG mechanics to be released since the glory days of the 90s. There are many characters to play as, and you can unlock many more by actually playing the game. Unlocking things through game progression instead of micro-transactions is a retro concept in and of itself, but it’s one that most people are happy to see return.

Wargroove is a game that many people consider to be a spiritual successor to the Advance Wars games. This turn-based tactics title has a lot of style, and it’s also going to make you think. It has received critical acclaim, but more people need to learn about this little gem. You can play it on PC, Nintendo Switch, PS4, and Xbox One.

It feels very natural playing this game on a handheld console such as the Nintendo Switch. If you have fond memories of playing Advance Wars when you were younger, then you should consider buying this. It has a different setting than those games from the past, but a similar visual style and great strategy gameplay will keep you hooked. This one comes highly recommended.

Bug Fables might remind you of a little game known as Paper Mario. In recent years, the Paper Mario series has strayed from its traditional turn-based RPG mechanics and become less of an RPG series. This irks some fans and many wish for a return to the days of Paper Mario: The Thousand Year Door. Bug Fables is probably the closest that you’re ever going to get to that.

This game is a true Paper Mario title just without the license. It features the same type of witty writing that you would expect from a Paper Mario title, but it’s possibly even better due to being written for an older audience. The game is more difficult than Paper Mario titles as well since it’s appealing to hardcore fans. It’s still quite accessible and you can play it on PC, Nintendo Switch, PS4, and Xbox One.

Would you like to play a game that combines running a shop with being able to adventure through dimension-warping dungeons to find items to sell people? That’s pretty much what the premise of Moonlighter is. You get to play as Will, who inherited a shop from his parents but has always dreamed of being an adventurer. He lives in a town that has strange dungeons featuring portals to other pocket dimensions, and he goes out to explore them at night to try to find treasures.

The gameplay loop involves you going into dungeons to get things and then selling those things in your shop for money. You can upgrade your gear as you gain more money, and it’s also possible to upgrade your shop quite a bit. It’s a great game with tight action controls and a fun world. You can play it today on PC, PS4, Nintendo Switch, and Xbox One.

Monster Boy and the Cursed Kingdom

If you’ve been playing games for a while now, then you might remember a little series called Wonder Boy. Wonder Boy in Monster World and Wonder Boy: The Dragon’s Trap are considered to be classics and many remember those titles fondly. Monster Boy is essentially a spiritual successor to those titles and it delivers on all fronts. This has the great gameplay that you remember as well as charming 2D sprites that are animated so nicely.

You can explore this title for many hours seeking out all of the hidden items and power-ups. You can change into various monster forms that you will gain access to throughout your journey. These forms give you new ways to fight enemies as well as options for traversing the world. It’s well worth checking out on PC, PS4, Nintendo Switch, Xbox One, and is coming soon to Google Stadia.

Finally, this last indie game is a VR title that you should try out if you own a VR headset. It’s available on PC and can also be played on PSVR. In this game, you’re playing as a young boy who is tasked with helping sentient video game characters who live inside of a game cartridge. They need help to stop the villain of their world from taking over, and this villain can also cause problems in your world.

It’s based in 1995, and this means that you’re playing games that would be coming out around that time. You have to help the game character through games that are inspired by The Legend of Zelda, Castlevania, Sonic the Hedgehog, Metroid, Road Rash, Streets of Rage, Donkey Kong Country, and more. It has an endearing plot and it uses virtual reality tech in a fun way. Check this one out if you’re looking for an indie game for VR that offers something different than what you typically see.

Have you had a chance to play any of the games in the list above? If so, which ones and what did you think about them? We are always looking for new indie titles to check out, so leave us your favorites in the comments below! Also, if you love indie games and want to see some new titles that are in development check out our article here on 4 Upcoming Games you can back on Kickstarter!

We use cookies on our website to give you the most relevant experience by remembering your preferences during repeat visits. By clicking “Accept”, you consent to the use of ALL the cookies.
Cookie settingsACCEPT
Manage consent

This website uses cookies to improve your experience while you navigate through the website. Out of these, the cookies that are categorized as necessary are stored on your browser as they are essential for the working of basic functionalities of the website. We also use third-party cookies that help us analyze and understand how you use this website. These cookies will be stored in your browser only with your consent. You also have the option to opt-out of these cookies. But opting out of some of these cookies may affect your browsing experience.
Necessary Always Enabled
Necessary cookies are absolutely essential for the website to function properly. This category only includes cookies that ensures basic functionalities and security features of the website. These cookies do not store any personal information.
Non-necessary
Any cookies that may not be particularly necessary for the website to function and is used specifically to collect user personal data via analytics, ads, other embedded contents are termed as non-necessary cookies. It is mandatory to procure user consent prior to running these cookies on your website.
SAVE & ACCEPT
We're Live! Click to view!
We're currently OFFLINE.
×